Top Posts
The Best Tourist Spots And Holiday Ideas In...
What To Do If You’ve Been Sexually Harassed...
A Brief History of Curtain & Blind Fashion...
5 Best Cafes in and Around Melton
The Best of “Rate My Plate” on Facebook
Places To Go In and around Melbourne With...
My Giant Collection of Weird & Creepy Exchanges...
My Birth Story
Montsalvat Eltham Review
Bird World Ballarat Review
Home Lifestyle Melbourne’s East VS Western Suburbs
LifestyleMelbourne guides

Melbourne has a slight dilemma…

The eastern suburbs seems to go on for eons but the west is let’s just say a little underwhelming. If you don’t believe me look at the below image of the Melbourne population distribution. 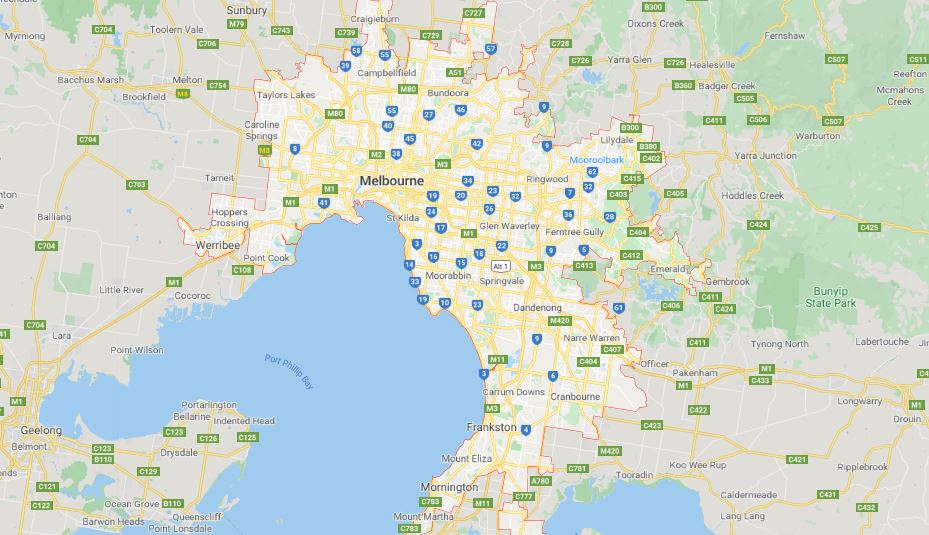 There’s no denying that Melbourne’s population is mostly skewed to the east and north with just a handful of people in the west.

While Melbourne’s west is growing rapidly it really has taken it’s sweet damn time to develop in comparison to its widespread eastern counterparts.

I grew up in Melbourne’s west and moved to the eastern suburbs with my parents for around 4 years. I moved back to the west as soon as I could afford to do so.

I found that a lot of people in the eastern suburbs had some unjustified negative attitudes towards the western suburbs. This irked me.

Not only had these people not lived in the west but they had hardly spent more than a day in one of the great western suburbs of Melbourne.

A lot of people still hold the belief that the west is more dangerous and that it is full of “bogans”.

When I was living in the east I didn’t really notice a difference in the lifestyle but what I did notice was all of the extra traffic and more toll roads… So many toll roads.

Here is a comprehensive comparison as written by someone who has lived in both:

Okay, so this is probably one of the biggest arguments in the battle between the east and west of Melbourne.

There is no denying that the eastern suburbs are astronomically more expensive than it’s western neighbours.

For average income earners living in the inner-east may mean that there are a lot of sacrifices. You either need to live in a smaller space or move further out.

Luckily most families are still able to afford to get in the market over in the west. You can still buy a family home within 20km of the Melbourne CBD for an affordable price if you look in the right areas.

Sure the areas may not be as trendy as in the eastern suburbs but western suburbs such as Yarraville, Spotswood, Newport and Footscray and rapidly gentrifying. Even outer suburbs like Werribee and becoming trendier day by day.

If your main goal is to be closer to the CBD the western suburbs is probably your cheapest bet.

The best thing about living in the western suburbs is that there is no toll to get into the city. I can get straight off the freeway and straight into the CBD.

When I lived in the southeastern suburbs my options were to take The Burnley Tunnel which cost an extortionate amount of $8 each way or take a lengthy detour via kings way or Toorak road.

Another added bonus is that fewer people live in the western suburbs which in turn means less traffic. This is great for those who commute to the CBD every day.

Another bonus is there are very little tram lines. Trams on the road can add some extra time to your commute.  In the western suburbs, you won’t have to worry about being stuck behind a tram or waiting for people to get off trams.

Melbourne’s extensive tram network seems to have missed the western suburbs. There isn’t even a tram that goes from the city to the west. The only tram we have is the number 82 Footscray to Moonee Ponds tram.

Public transport is unquestionably better in the eastern suburbs. There is an extensive tram network and more train lines.

However, I have a love-hate relationship with trams… Please don’t hate me but they are a little…slow.

Sometimes I prefer just to get a train. Living in the western suburbs I find that most houses aren’t located too far away from the nearest train station.

There are so many express trains so it never takes too long to get into the city.

Catching the train to the city in the morning from the west is almost always faster than driving so there are really no complaints. The train stations also have huge car parks so you are always likely to get a park.

There are so many beautiful suburbs in the eastern suburbs. The inner east is filled with leafy and trendy suburbs.

There is no doubt that In the east, you will find more restaurants, more shopping and more things to do than in Melbourne’s west.

This is probably why so many people justify paying more to live in these suburbs.

Nonetheless, the west is filled with up and coming suburbs that are becoming just as fashionable as their eastern counterparts.

If you like to exercise the east is probably the best. Melbourne’s east is home to many beautiful parks to exercise in such The Tan Track and The 1000 steps.

In Melbourne’s west, some of the best exercise locations include the You Yangs and Werribee Park.

Which do you prefer? East or West?

The Perks of Renting in Kingsville, Melbourne

What To Do If You’ve Been Sexually Harassed...