Melbourne is probably the most hipster city in Australia (Yes, even more than Byron Bay). There is nothing more ‘Melbourne’ than a hidden bar behind a bookshelf or alleyway. Melbourne is known for its fabulous cocktail bars, laneway bars, rooftop bars and of course its hidden bars.

Most Friday nights cannot be complete without a pub crawl for some bevs. As the city comes to life to kickstart the weekend, many bars in Melbourne offer exciting fun for anyone. While some may be seen from a mile away, others may also be hidden in a cramped laneway, behind a secret door, or even in a secret dungeon on the busiest streets. Wondering why you don’t know? That’s why it’s a secret!

Nevertheless, we’ll tell you where to find them —- it’ll be our dirty little secret. Here are the best secret and hidden bars in Melbourne. 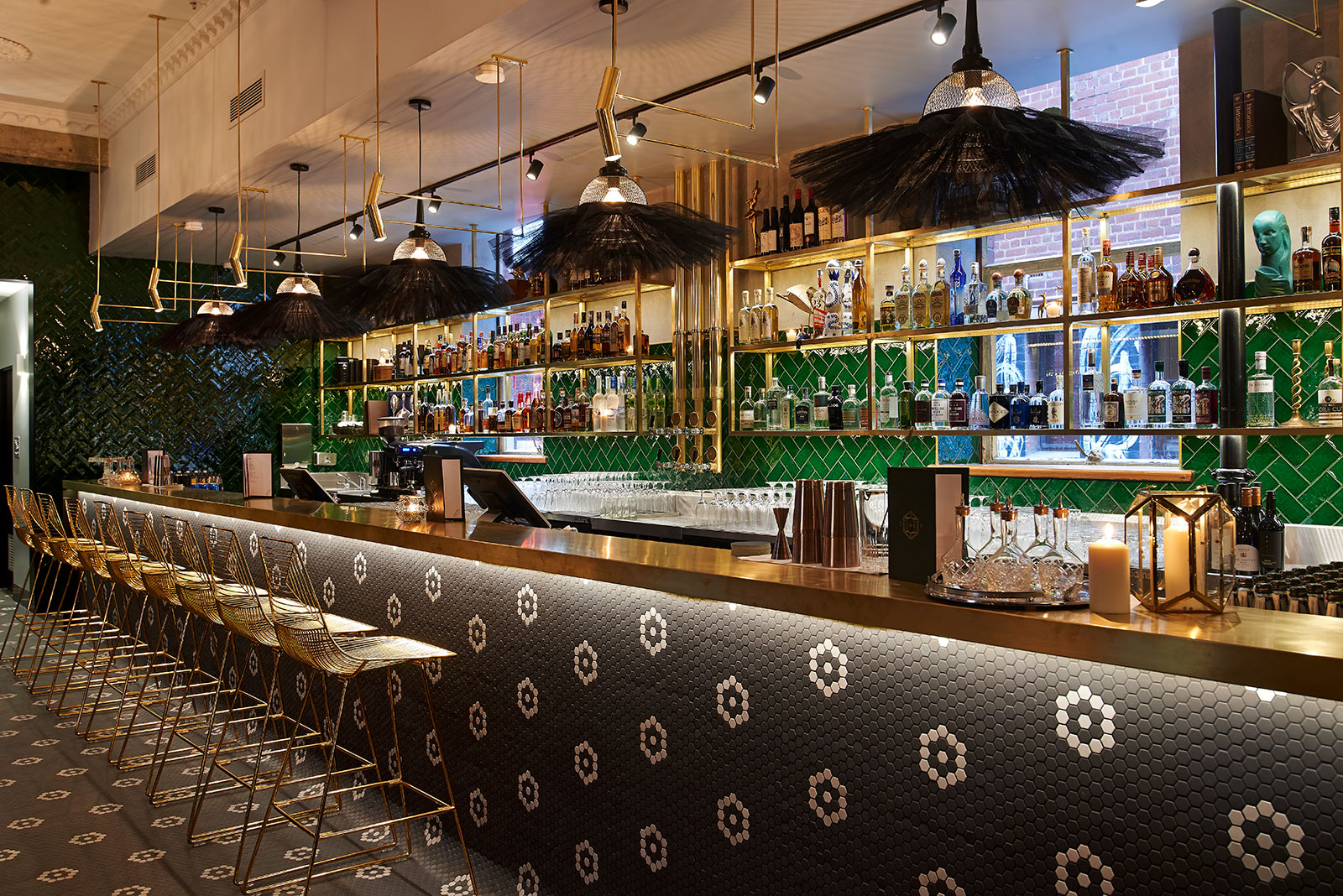 Trinket Bar is a cocktail bar located discreetly on bustling Flinders Lane. It is filled with beautiful art-deco style furnishings. For an even more hidden bar than Trinket, you can head down to the basement through a Narnia-style wardrobe. When you find the wardrobe take a peek through the fur coats to reveal a hidden bar.

You heard that right! A hidden bar inside a hidden bar. There is nothing more Melbourne or more hipster than that. Trinket has some of the best signature cocktails and food in Melbourne.

How to get into Trinket Melbourne:

You will need to enter a velvet filled room at 87 Flinders Lane. Once there you will find a Ballerina. Turn her dial to uncover the entrance to Trinket. To get to the second hidden bar head down to the basement of Trinket and make your way through the wardrobe. 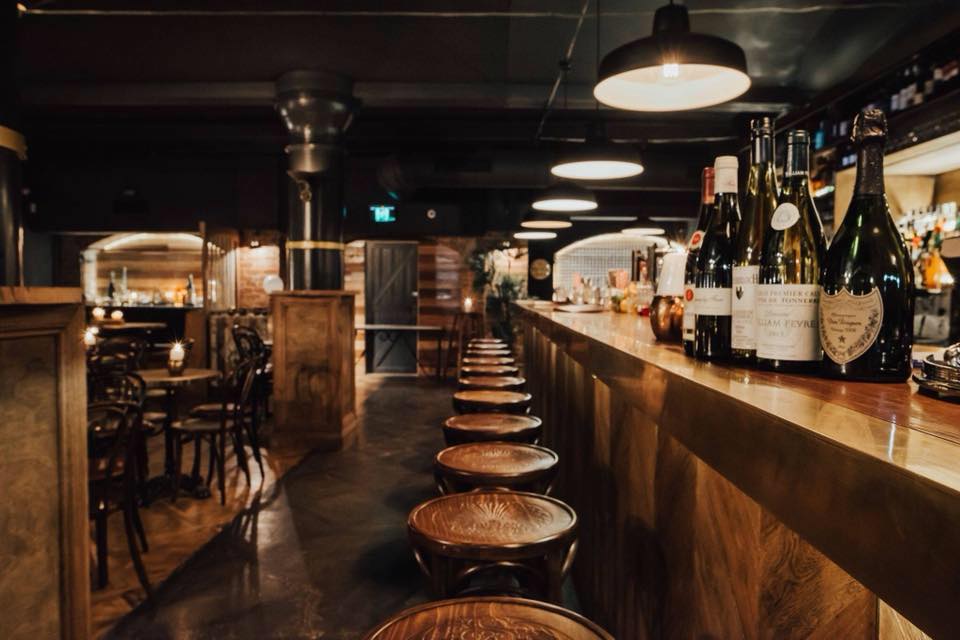 At the end of Driver Lane in a basement, you will find Beneath Driver Lane. A bar in an unused old bank vault. The bar is a unique place for a Victorian and posh night out with your friends. The rustic style is complete with brick-arched booths, warm candlelight, low lamps, and black and white portraits displayed on the walls.

Alongside the aesthetics, they have pretty sharp drinks and professionals bartenders too; from custom built Martini wine glass chilled with swirling liquid nitrogen to tropical drinks with deliciously sweet flavours. His bar feels like something you’d find in Diagon Alley or the 1920s.

How to get into Beneath Driver Lane:

At the end of Driver Lane in a basement, you will find Beneath Driver Lane 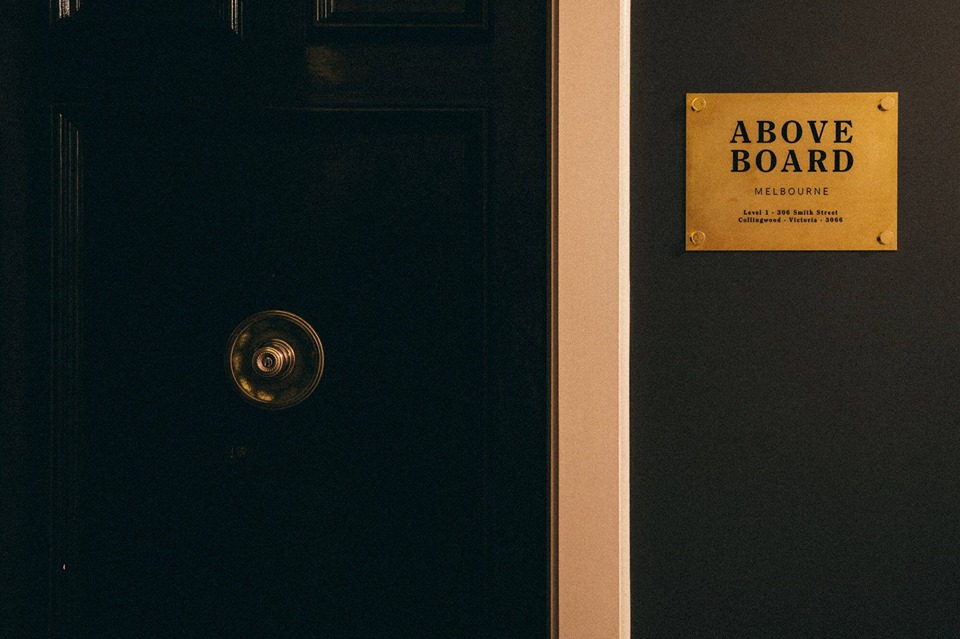 Image : Above Board Melbourne (entrance)

Above Board is not easy to find nor does it provide a lot of space for many customers. It only has 16 seats for customers and standing is not allowed so it feels very exclusive and private.

Above Board serves personal rather than personalized drinks with the owner itself. Every drink is named after the owner’s acquaintances with classic and signature flavours incorporated into them.

You’ll never go wrong with their amaro and absinthe, with a delectable and refreshing taste not overpowering nor overindulging. You’ll also get hooked with their ‘Not The Jungle Bird’ with orange and lime juice, with accompanying stories for every drink from the owner himself. Thus, the bar is not solely for partying, rather it’s a place with minimalist vibes with an intimate experience with varying kinds of people.

How to get into Above Board:

The entrance to Above Board is located down the laneway off Smith & Perry Street, right behind Beermash. 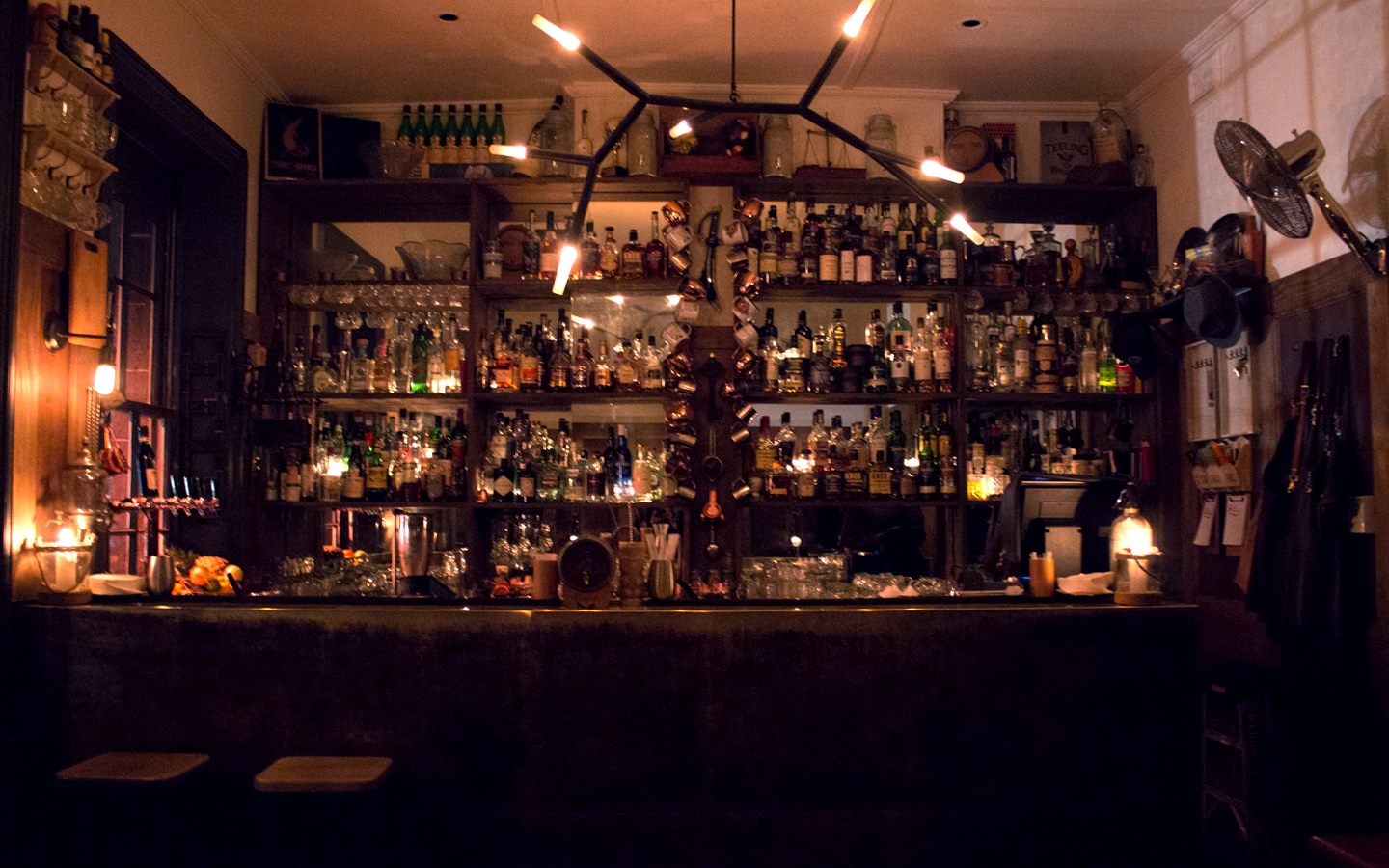 The Captain Melville Bar has a secret; hidden up a rickety staircase and behind the bar’s bookcase, you’ll be entering another dimension of a seemingly-70’s vibe with rustic walls, salvaged coffee tables, beaten blue sofa, and deep wooden banquettes.

Whether you’re into an Americano or a craft beer, you’ll be enticed by the knowledgeable bar staff who can make the most appropriate drink for you. Nevertheless, if you arrive before sunset, make sure to have a glimpse of their balcony and enjoy the sun as it comes down to give way to the night. By then you can have as much alcohol as you want, but be sure you still have the energy to find your way back to the bookcase.

How to get into Loch and Key:

Head inside the Captain Melville Bar, then straight up the staircase to the bars bookcase. 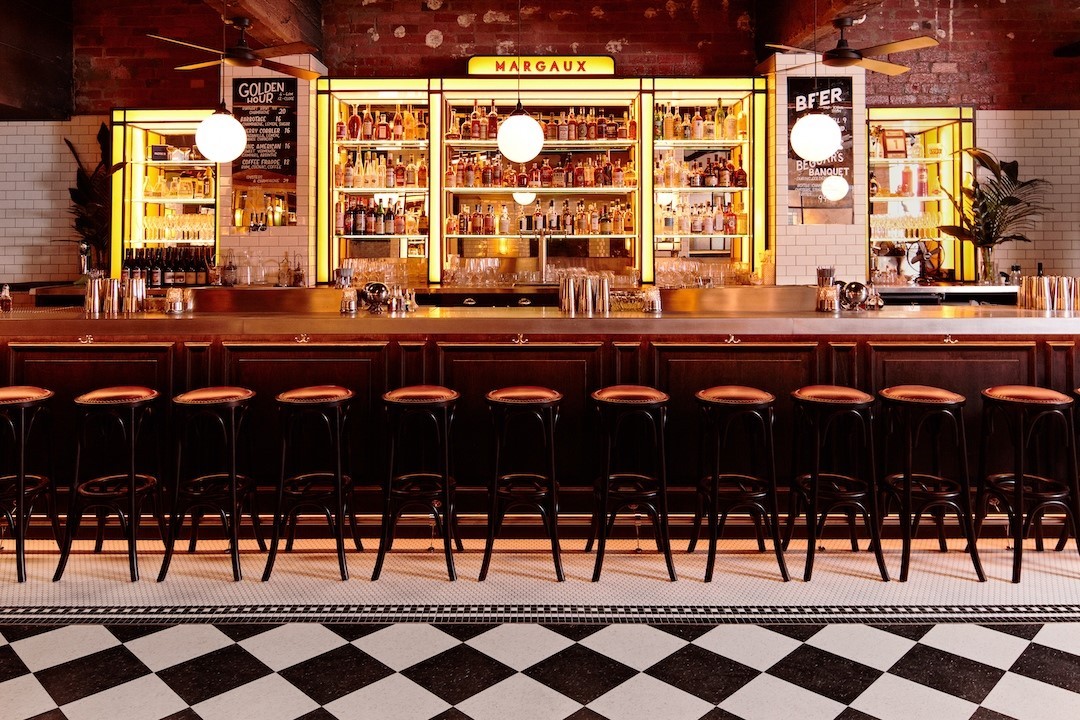 A taste of Parisian style in Melbourne. Bar Margaux takes inspiration from Classic French drinks and cuisine. The bar is dimly lit and feels the same regardless of whether it is 4 pm or 4 am. The vibrant interiors paired with the classic rendezvous of wine, escargot, and other French eats provide early and late-night perfection to all of its guests.

What’s more is they have a Golden Hour (between 4 pm to 6 pm) for you to be able to get a glass of burgundy or champagne over oysters for less, with cocktails made to perfection to satisfy your weekend tastes. Hence, aside from the great food and drinks, you are about to indulge in, Bar Margaux is just one of the places to be.

How to get into Bar Margaux:

Bar Margaux is located at Basement/111 Lonsdale Street. The door is plain and insignificant-looking and simply says “MGX”. 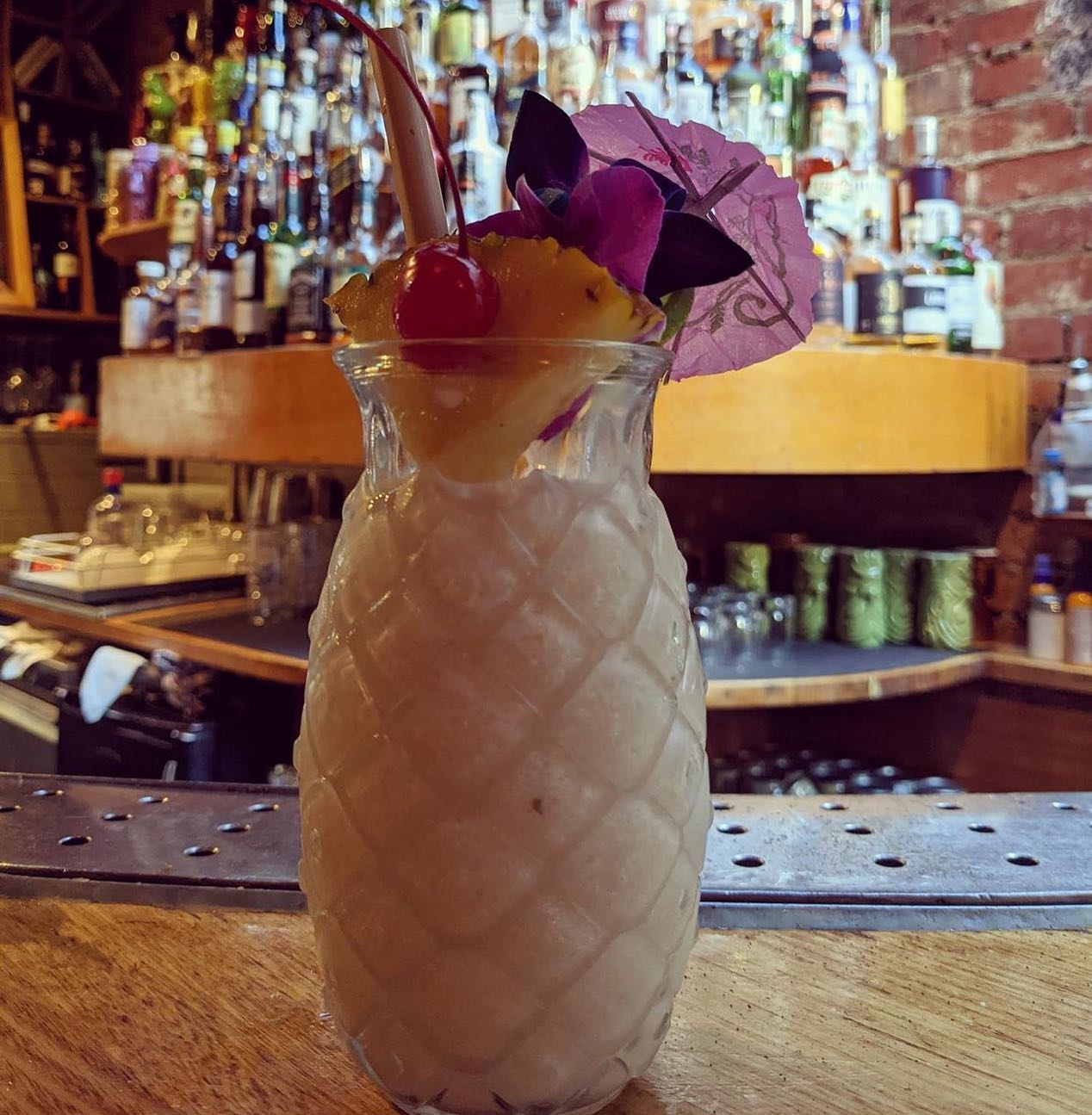 Another site nestled in a rustic yet elegant-looking kind of interior, the Jungle Boy is a contemporary and plant-filled bar that serves tropical cocktails in tiki mugs. You can have a variety of drinks for a refresher starting from B Bizzle Swizzle that packs rum, lime, falernum, and nutmeg, or perhaps some maraschino Daiquiri with lots of ice to cool you off after a hectic day.

Jungle Boy is hidden behind the fridge door of the Boston Sub, and you’ll definitely get to another dimension once you arrive at the place. The relaxed lounges are incorporated with bricked walls and leather seats for a classic and posh look, with a beer garden to cap off your jungle paradise experience.

How to get into Jungle Boy:

As mentioned above, Jungle Boy is hidden behind the fridge door of the Boston Sub. 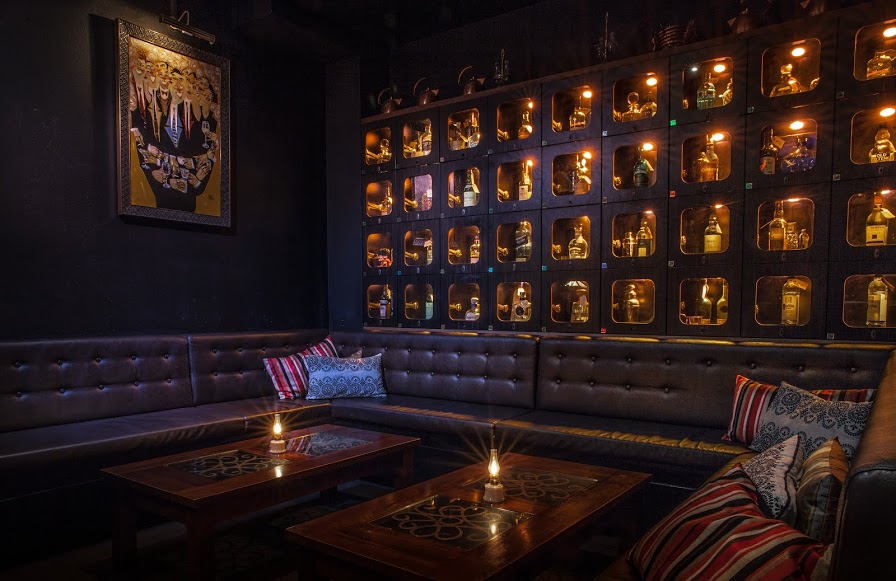 The worst-kept hidden bar in Melbourne because of its popularity, Eau De Vie keeps going as it is one of the busiest cocktail bars that can have the magic to transport you to the days of the prohibition era of the 1920s. It might be quite simply that the jazz music, cozy atmosphere, and private booths can set the card, but the drinks are made heavenly with a lot of artistry and passion in between.

Eau De Vie makes over 44 beautiful cocktails with some featuring liquid nitrogen, and it certainly adds to the madness of a complex combination of whiskey, rum, and vermouth. Martinis are also offered in the bar, with the concise coolness the liquid nitrogen brings about to every drink. They are also best paired with eggplant fries and baked Camembert, the crowd favourites above them all.

How to get into Eau De Vie:

There is no sign on the door of Eau De Vie. but it is located behind a double wooden door on 1 Malthouse Lane. You should be able to spot it as it’s always busy and buzzing with customers coming in and out.

Back Alley Sally’s is located in an old abandoned Footscray warehouse. The bar honours its industrial history and its furnishings are industrial and warehouse-style. The bar serves local Melbourne beers and good old fashioned pizzas and pub food. The best time to go is on a Thursday or Sunday as that’s when they have the best specials.

How to get into Back Alley Sally’s:

Head to 4 Yewers Street in Footscray and head up the stairs. 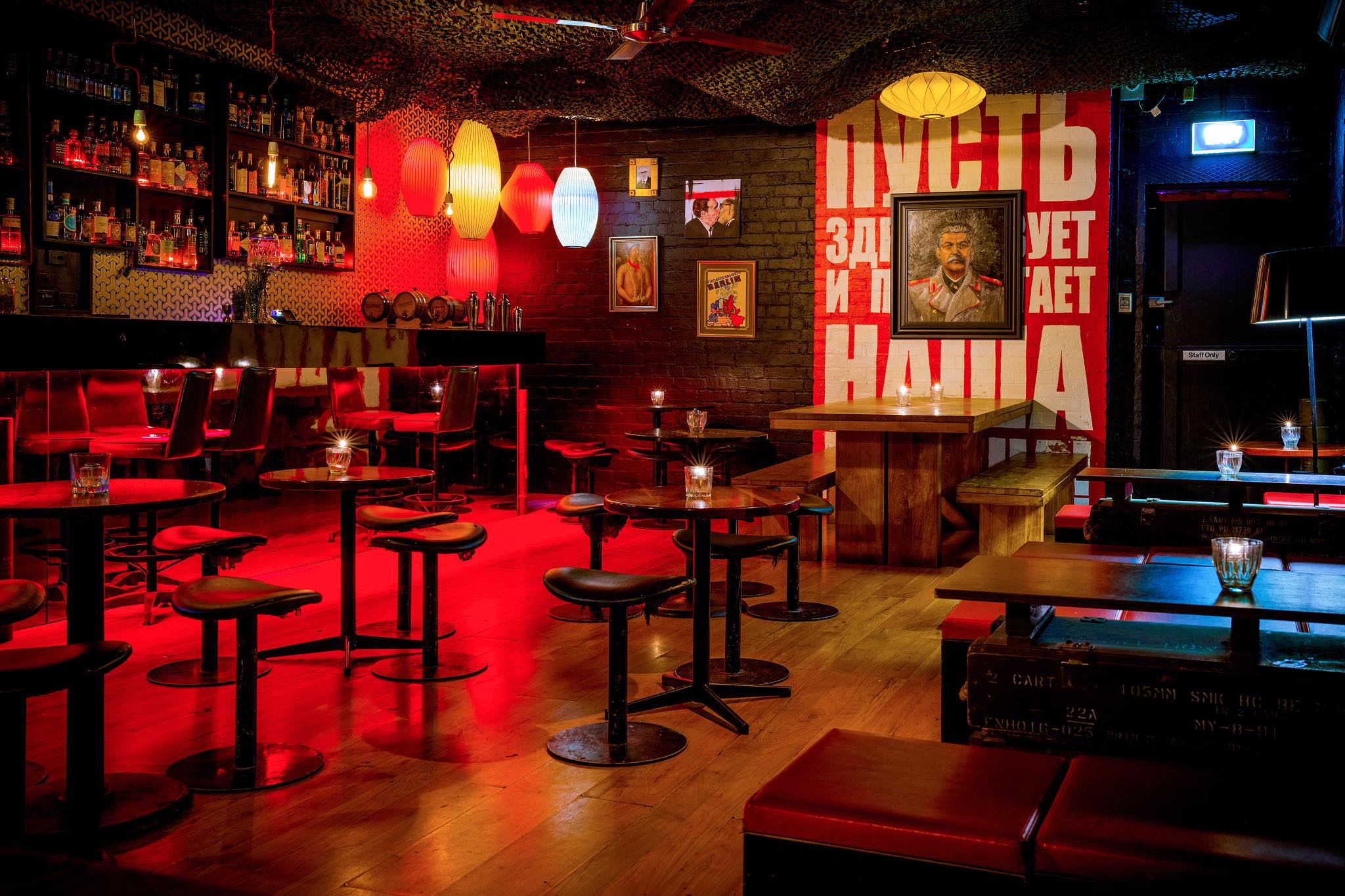 Berlin Bar is one of the most hidden bars in Melbourne. It has been a Melbourne institution since 2009. The bar has two sections. The capitalist side and the communist side. It is inspired by a once divided city and at Berlin Bar those divided sides are brought together with tasty food and cocktails.

How to get into Berlin Bar Melbourne:

It’s located deep down Corrs alleyway just off Chinatown. There is a tiny German coat of arms on the door to let you know it’s there but keep your eyes open as it’s hard to find. Once there you will need to walk up 2 flights of stairs and press a buzzer to get in.

There are still countless hidden bars at the backdoors and streets along with Melbourne, and you will surely be surprised how it can make the best out of your weekend. But hush! Again… it’s a secret; need not tell everyone. What are your favourite hidden bars in Melbourne?