What I would do if I had a billion dollars.

My family does something similar to this but in a poor person way. Whenever a family dog dies my dad will purchase a dog of the same breed and give it the same name.True story.

Check out this creepy photo she shared of her clone dogs visiting their “mother’s” grave.

The twins Scarlet and Violet honoring their mom (with cousin Fanny in the center!) ?

Fly first class whenever I want.

I know most people would buy a private jet but that seems like an excessive amount of jet fuel and carbon emissions to waste on one person. Flying first class will be more than enough for me. I wouldn’t mind paying for my family and friends flights either.

Have a cook, cleaner and someone to do my laundry

It will be super hard to find time to spend a billion dollars if I have to keep being a slave to my house (Or houses). It would free up my time so that I can travel and do all the things I want to in life. I would also be super nice to my staff and pay them well. 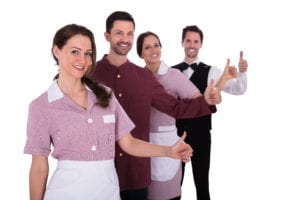 I love to read, but I just don’t have the time. If I didn’t have to work full time I could find time to read all the books I want to read. I love to learn new things and if I had more free time I’d take the opportunity to learn something new every day.

I would love to learn more languages as I only speak English. If I had the money and the time I would definitely learn a new language. I want to travel so it would be convenient to know more languages than just English. It is unfair to expect everyone to speak English everywhere you go. We are very lucky that the majority of the world can speak English to some degree.

Buy homes all over the world.

If I was a billionaire jet setter it would be handy to have a home on every continent. In my hypothetical universe, I could have a New York Penthouse, a London townhouse and a trendy Melbourne apartment.

Help all of my friends and family.

Being rich is no fun if all of your friends are struggling. I’d pay off my friends and families mortgages, buy them their dream homes and cars, and also take them on holidays with me.

Help all the causes that I think need it.

I have no desire to own something like a Lamborghini or Ferrari so I would probably buy a Tesla Model X.

They are 100% electric and are very safe. And the best part is that it can drive itself.

Have a wardrobe the size of a small apartment.

I feel like no matter how many clothes I have I never seem to have enough.

It would be a dream to have a huge selection of clothes on hand at all times. 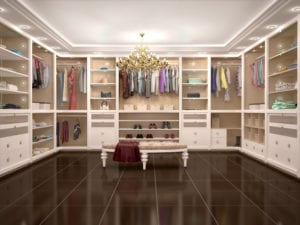 If I had a billion dollars I could travel all over the world, and I would be able to afford to stay in the worlds best hotels. I could afford to travel in style and actually enjoy myself on holiday and not worry about spending too much money.

I would exercise more and eat healthily. Maybe invest in a personal trainer and probably take up pilates.

Things I would not do

Buy Fur: Buying animal fur is unethical. Skinning an animal for their fur is not something that I would support.

Purchase a crocodile-skin handbag: A crocodiles life expectancy is approximately 70 years.  Whereas crocodiles that are used for leather are killed an skinned at 3 years of age. In their short lives, they are confined to cages and are kept in poor conditions. This is something I would not support.

Become the president of the United States: If I had a billion dollars I could find better things to do with my time than become a leader of a major country. I’d let someone who knows what they’re doing do the job instead.

Donate millions of dollars to a Notre Dame: It is very sad that Notre Dame was damaged but it is very elitist to think that this is a major problem that needs immediate fixing. There are greater problems in the world. Why are the rich so willing to donate money to a French cathedral but not as willing to help the people that really need it?

Buy a sports car: I have no interest in buying a fast car. I’d rather just have a stylish car with nice features.

Own a superyacht: I don’t really see the point in purchasing a yacht. I think owning a yacht is just a status symbol. If I wanted to spend time on a ship I would just go on a cruise.

Own a private jet: As I said earlier a jet is a waste of jet fuel and I don’t want to be responsible for emitting enormous amounts of carbon emissions just to transport a few people.

Let me know below what you would do!

What happened to Mary-Kate and Ashley Olsen?

50 Tiger King Memes To Get You Through...