Top Posts
The Best Tourist Spots And Holiday Ideas In...
What To Do If You’ve Been Sexually Harassed...
A Brief History of Curtain & Blind Fashion...
5 Best Cafes in and Around Melton
The Best of “Rate My Plate” on Facebook
Places To Go In and around Melbourne With...
My Giant Collection of Weird & Creepy Exchanges...
My Birth Story
Montsalvat Eltham Review
Bird World Ballarat Review
Home Lifestyle A Brief History of Curtain & Blind Fashion Trends In Australia
Lifestyle

A Brief History of Curtain & Blind Fashion Trends In Australia

With most things in life, whether that be fashion, beauty or even music, trends come and go and change is the only constant. The same can be said for curtains and blinds over the decade. With styles in each era continuously evolving to keep up with interior decor trends. From ready-made curtains to the boom in popularity of vertical blinds in the 90s, it is always interesting to see which styles come and go, and which ones have stood the test of time. In today’s article, we have a look at a brief history of curtain and blind fashion trends in Australia, so read on to find out more.

Curtain Trends in The 1950s 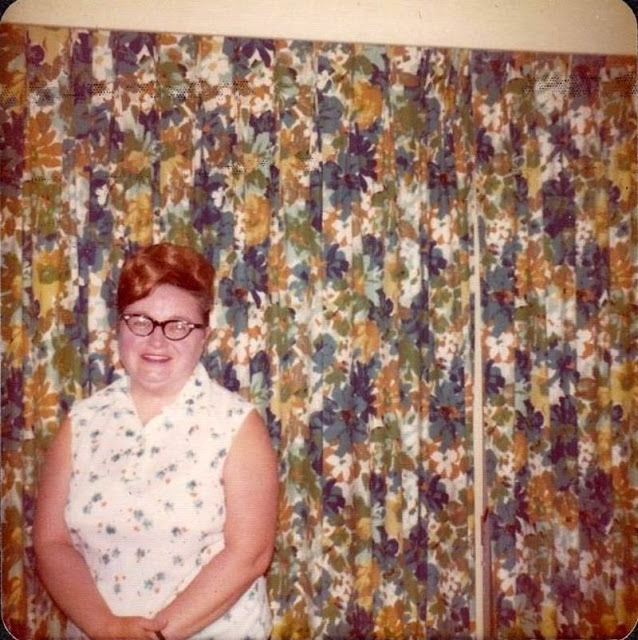 Very much like the rooms, they hung in, curtains in the 1950s were a direct reflection of the popular design movements of the decade. Colour blocking was all the rage for thick drapes and curtains, and many people chose bright pastel tones such as lilac, baby pink, mint green, turquoise and yellow. In terms of patterns, curtains designed with images of plants, exotic foliage and even futuristic shapes were incredibly popular. While you might imagine that one may find such designs somewhat dated in 2021, you’ll be surprised at how much colour-block styles and wild prints have come back in style for those who want to add a little whimsy to their homes.

Curtain Trends in The 1960s 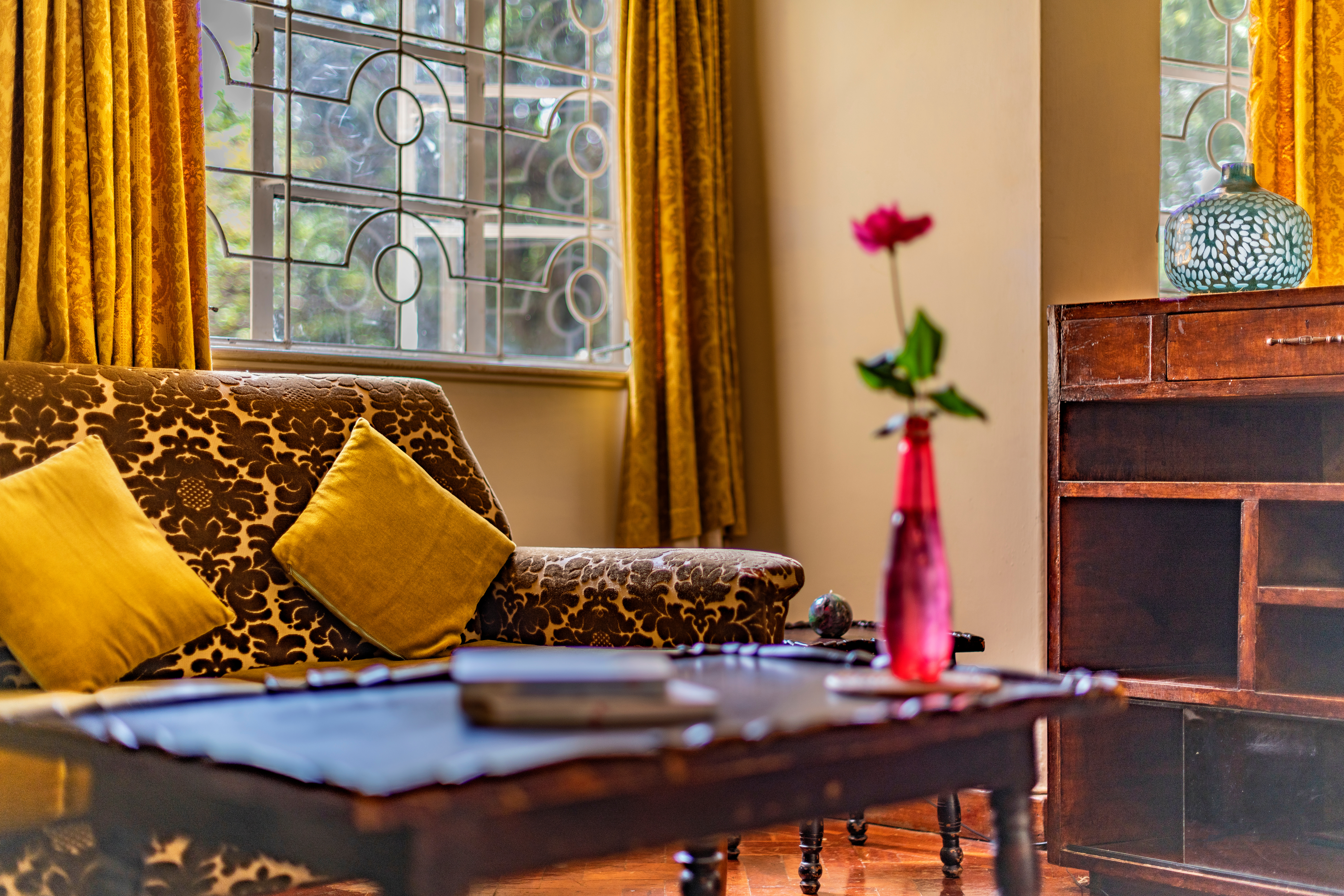 The 1960s was an era filled with peace, love and free spirits who truly embraced hippie culture, so it will come as no surprise that curtain designs and prints also followed suit. The curtains of the 1960s were dominated by vibrant neon colours, dazzling patterns influenced by the hippie movement (think psychedelic flowers, peace signs and rainbows). Other popular designs in this era include paisley prints on curtains and drapes as well as a mix and match of colours such as lime green, yellow, tangerine and bright reds.

Oh, and we can’t forget to mention those oh-so-popular beaded curtains that seemed to adorn every entrance to a walkway in everyone’s home. Although not technically referred to as window treatment, no spiel about the 60s would be complete without a mention of the iconic portière.

Curtain Trends in The 1970s 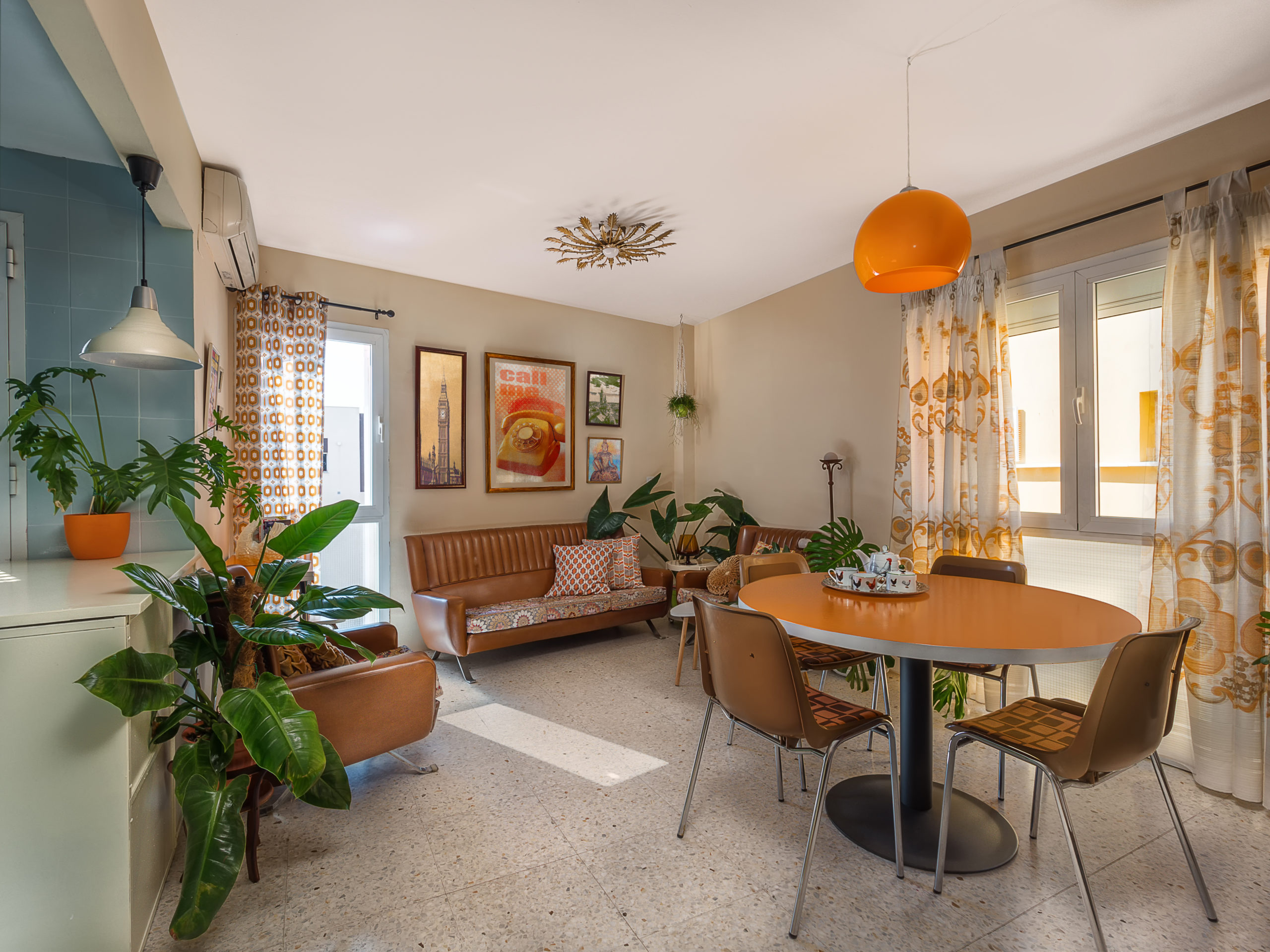 Often referred to as the “decade that style forgot”, most people tend to cringe when looking back on popular design trends in the 1970s. Thankfully, we’re not here to judge (you know what they say about hindsight…she’s a witch!). Aside from legendary tracks such as Saturday Night Fever and Dancing Queen, the 1970s also birthed the trend of loud primary colours showing up in drapery all around Australia. Many of the curtains and drapes were seen around this time were very much disco-inspired, with loud and dominating patterns dominating the scene. It didn’t just stop there, though — entire interior decor schemes were inspired by psychedelic and disco, with metallic shades starting to emerge and quickly gaining in popularity.

Fast forward to the 1980s and 1990s and you’ll find that curtain trends start to tone down in favour of more subtle designs, colours and styles. More and more people started to return to the pastel shades that were so popular in the 1950s, and many even made the switch to blinds. Frills and ruffles on curtains became incredibly popular and vertical blinds started to gain popularity due to ease of cleaning and a shift towards a more modern home design.

It was also around this time that blockout curtains started to pop up in homes all over the nation due to the rise in popularity of home theatres. Aside from preventing light from entering a room, blockout curtains were also prized for their ability to reduce energy costs by cutting the amount of sunlight and UV rays that enter a room. As you probably already know, it was during this era that people started to focus more and tune into the environmental impact we have on the planet, making it the ideal time for people to switch out their window treatment in favour of blockout curtains. 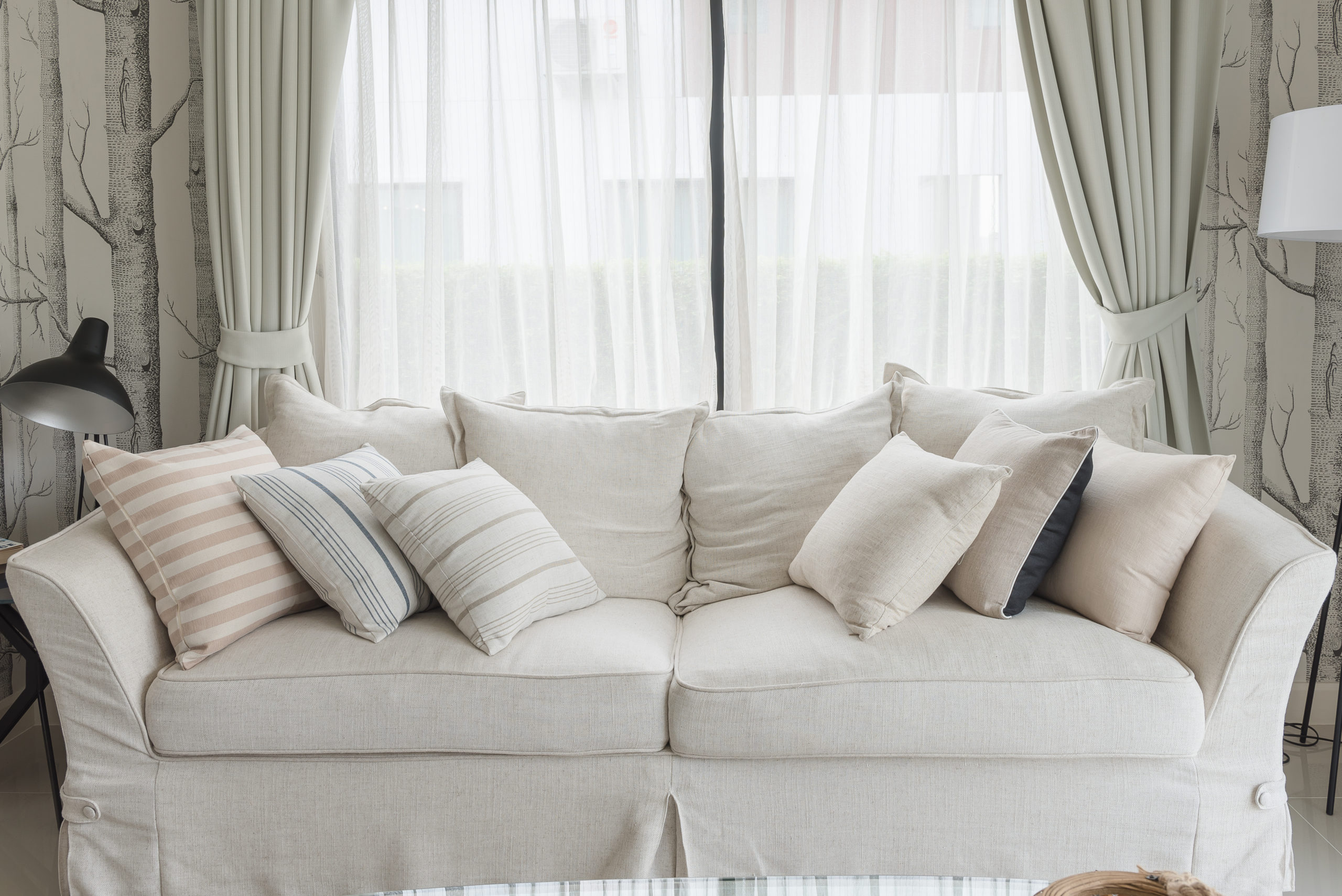 It was in the 2000s and 2010s that minimalism really started to gain traction amongst the general public. Less was seen as more, and the same can be said when we look at curtain and blind trends over these two decades. More and more people started opting for a neutral and stripped back style for their window treatment, resulting in a boom in the popularity of roman blinds, vertical blinds and roller blinds. When it comes to drapes, simple fuss-free white or grey curtains were the most popular choice amongst homeowners who were steering towards a more timeless and minimalistic interior decor.

For the select few that weren’t hopping on the minimalism train, velvet seemed to be an incredibly popular option in the 2010s. Velvet’s ability to offer subtle sheen to a room while not being too dramatic or over the top made it a top contender which has stood the test of time and is often still a popular choice in 2021.

Curtain Trends 2021 and Beyond 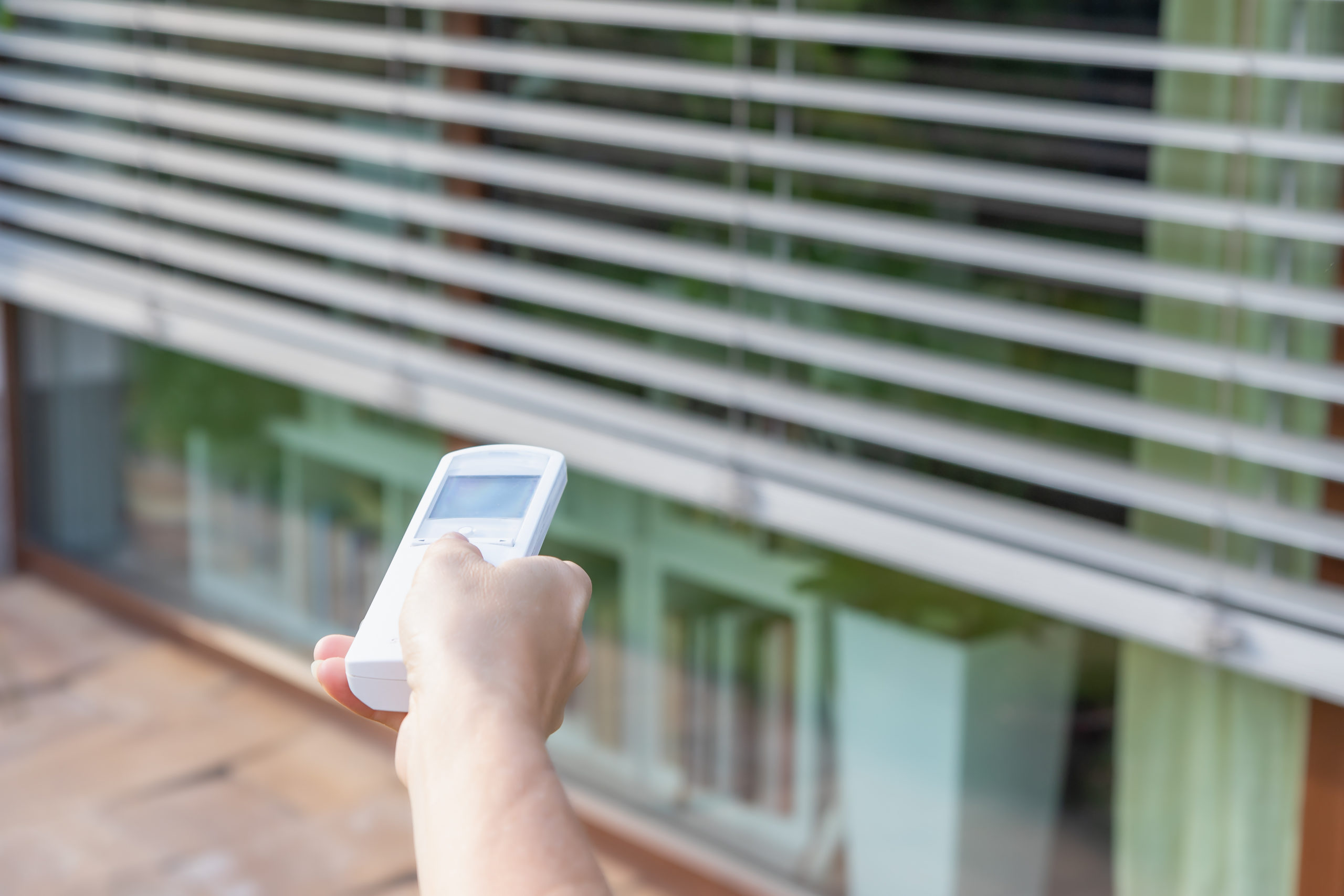 Let’s be honest — none of us could survive in 2021 without technology. Thankfully, curtain and blind trends are following suit. While we may not be able to teleport just yet, we do have automated and/or remote-controlled blinds and curtains that can be controlled via an app on a smartphone or tablet. High-tech touches with home automation and motorisation are on the rise due to the sheer convenience and safety they offer.

Popular blind options in 2021 include plantation shutters that add character and elegance to any room, along with the classic Roman and Roller shades. Popular colours include blues, mint greens, lavenders and greys. Although we find that most people are still sticking to the minimal styles that were so popular in the previous 2 decades.

When it comes to what we can expect to see in the next few decades, the thought of more technological integration in our curtains and blinds is something that is very exciting to think about. Who knows, we may very well have digital curtains that change colours throughout the day or feature moving scenes, NFT artwork and cartoons. Whatever the case, we’re sure it is going to be amazing and we cannot wait!

And there you have it — a brief history of the curtain and blind fashion trends in Australia. Which one is your favourite, and which one do you think we should have passed on as a society? Do drop a comment and let us know!

What To Do If You’ve Been Sexually Harassed...

Ideas to Prove the Easter Bunny Exists to...