What The Bachelorette’s Ciarran Can Teach Men

DISCLAIMER: THIS ARTICLE WAS WRITTEN PRIOR TO CIARRANS HORRIFYING STINT ON BACHELOR IN PARADISE. WE STAND BY THE FACT THAT CIARRAN IS NO LONGER THE PERFECT MAN AND SHOULD PROBABLY TEACH MEN NOTHING. WOW, THIS ARTICLE HAS NOT AGED WELL! HE SURE HAD US FOOLED.

There is something very attractive about a man who is in touch with his feminine side. This is something that a lot of men do not understand.

In fact, The Bachelorette’s Ciarran is so comfortable and confident in his sexuality that he openly admits to previously being a dancer in gay clubs.

Ciarran is well-groomed and is not afraid to admit to undergoing plastic surgery or getting his nails done. This is incredibly refreshing to see this on national television.

Not only does Ciarran challenge typical male gender roles but he also is respectful of women. When asked about whether or not he had kissed bachelorette Angie he simply responds with “ I don’t kiss and tell”. Men take note this is what women want. 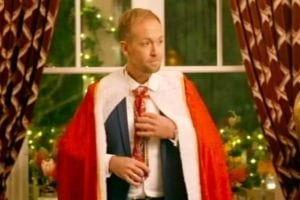 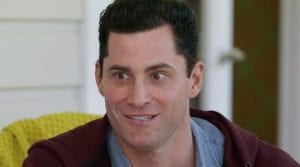 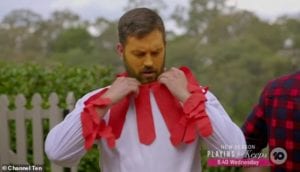 There is an obvious contrast between Ciarran and some of the other men in the house. This years season of The Bachelorette has featured some incredibly chauvinistic and controlling men.

It is obvious that Angie is more attracted to men like Ciarran than men like Jess, Warrick (Wazza) and Jamie.

Jess completely objectified Angie and made continuous sexual remarks and gestures towards Angie and the crew. He was ultimately asked to leave. Good riddance!

When Warrick was in a chicken costume, fellow contestant Timm made a simple joke about him “having balls on his chin”. After hearing this Warrick lost his shit. I don’t know about you but some would call this homophobic. He was completely offended by the possibility of being associated with any homosexual act. Warrick ultimately left the show.

And finally Jamie. Jamie is a hard one because he seems to lack social awareness. Regardless, he seems to exhibit possessiveness and entitlement towards Angie and this is not okay.

These men are not what women want.

Do not be like these men. In a world full of Jess’s, Warrick’s and Jamie’s. Be a Ciarran.

The best Nutella desserts in Melbourne

It’s time to call out Influencers for promoting fad diets

The Most Memorable Moments of Australian Reality-TV

50 Tiger King Memes To Get You Through...

Why do shops close so early in Australia?

What happened to Mary-Kate and Ashley Olsen?